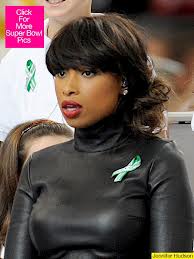 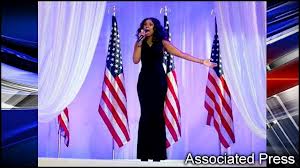 Congratulations to the style master, Eric Archibald, a celebrity stylist whose signature aesthetic conveys a classically sexy yet chic look with an edgy touch. Yes please to Jennifer Hudson’s looks on the biggest night in Hollywood and for Haute Couture and fashionista’s everywhere….’the Oscars’.  Mr. Archibald definitely brought the goods that night, chatting it up on The E! Live Oscar Red Carpet Pre-Show stage along with Giuliana Rancic, Kelly Osbourne, Kimora Simmons and many others. 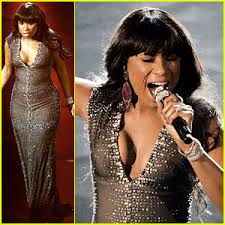 Mr. Archibald dressed Jennifer Hudson for her Oscar red carpet appearance in a Kauffman Franco gown for her highly anticipated performance alongside Russell Crowe and Catherine Zeta-Jones as they paid homage to big-screen musicals that just won’t go away…I digress but she looked good.

Archibald also served up NFL realness and say what you will about Jennifer Hudson’s Superbowl fit; I personally didn’t think it was as bad as queen blogger ‘Funky Dineva’, who complained that the dress was made of ‘upholstery leather ottoman fabric’.   Yes, there were many other options they could’ve gone with considering J Hud’s new body is designer sample size.  Yet, Eric Archibald went with the black in white ensemble including a Monika Chiang top, a Scott L’Wren Scott skirt, and kicks by Yves Saint Laurent.

Eric Archibald is living the dream indeed, having styled layouts in the fashion rags including: Harpers Bazaar, People, GQ, Glamour, and Marie Claire (check); Touring with Usher (a defining moment in his career…check) and put together looks for stars like R. Kelly, Faith Evans, Kirstie Alley, Tyra Banks, Toni Braxton, P. Diddy, Britney Spears, 50 Cent, Mariah Carey, Shania Twain, Tahlia, Rebecca Romijn, and The Dave Matthews Band (check). I don’t know how he survived Season 2 of “The Janice Dickinson Modeling Agency,”show but he lives on to go forth and work his magic on a few commercial campaigns ranging from Jenny Craig and Verizon to Hershey’s Kisses and Burger King.

“This has been a wonderful year so far for us,” Eric said. “Styling Jennifer for the Oscars is such an honor, and I’m grateful that I have the opportunity to showcase her beauty through such amazing fashion and designs.”……you think!!

One thought on “Eric Archibald does us proud J*HUD shines!!”