On March 16, 2010 a resolution was introduced in the House by Congressman Charles B. Rangel to recognize Madam C.J. Walker for her achievements as an entrepreneur and philanthropist. The entire resolution, Resolution HJ 81 IH can be viewed on Govtracks.us. A portion of it follows. 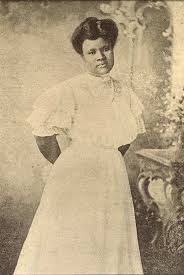 Recognizing Madam C.J. Walker for her achievements as a trailblazing woman in business, philanthropist, and 20th century activist for social justice.

HJ-81 will come up for a vote after Congress returns from spring recess in mid-April. Show your support for the resolution by writing to your local representative.

Madam C.J. Walker is a national treasure and an industry pioneer of epic proportion, don’t let this resolution die in committee with the rest of the them.